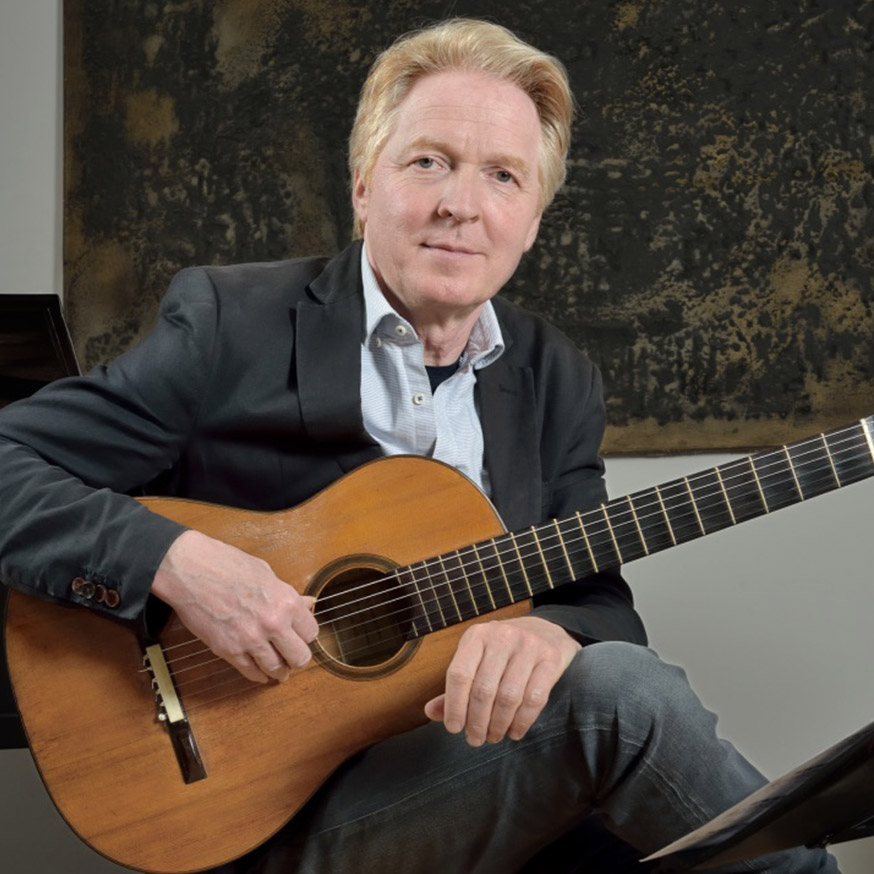 Develop a stunning program for your next guitar concert - in only 6 months...

WHY IS PLAYING PERFECTLY SO DIFFICULT...? 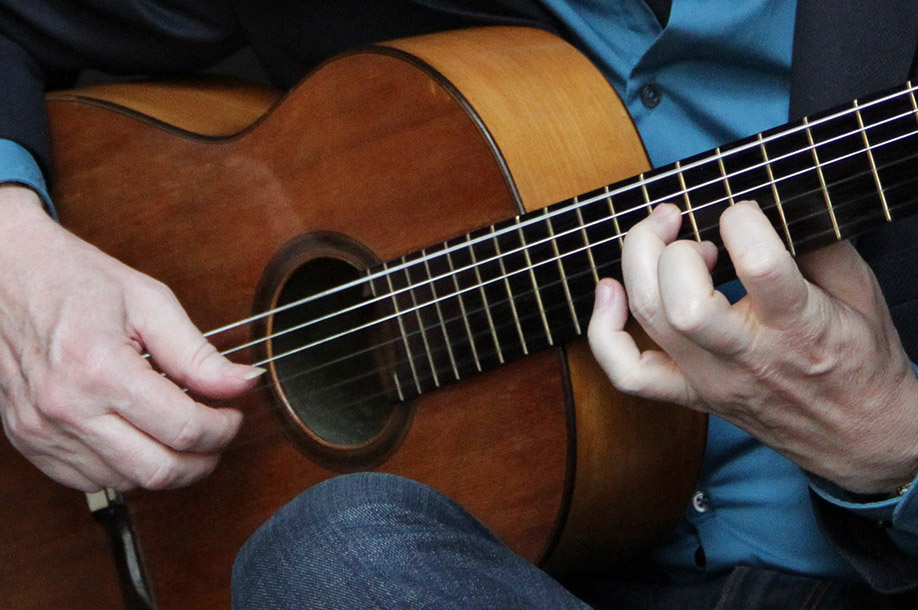 You listened to a super guitar piece on YouTube, or heard it in concert - and it didn't sound all that hard. Raring to go, you buy the score and start practising.

Hardly begun, you notice a fast section here, a difficult grip changegrip there. Undeterred, you don't give up and keep on persevering. However, even after weeks of practice, those tricky places still pose a problem, sometimes one, then another. In fact, you are so busy tackling the technical problems, you have no time for the music. The bated anticipation melts away… as you realise in dismay that you have underestimated the piece. Your original enthusiasm gives way to despair at your lack of skill, and at your efforts to achieve perfection, which end in failure.

And then frustration sets in.

It was no different for me. I also took a long time to find out how to practice both efficiently and creatively. I was often impatient, wanted quick results, and either raced through pieces, faster and faster, or I chose sections that were too long for me and that I couldn't handle at the time. 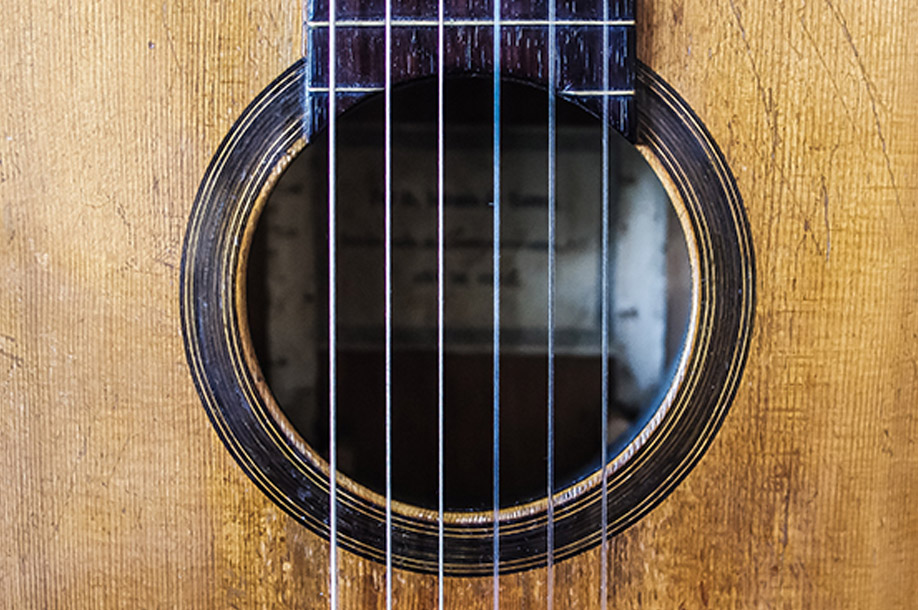 Unfortunately, this process can take years before you really get to grips with it. You get to know yourself, and your shortcomings, fairly well: “You'd like to let fly and race ahead of yourself, but in your precipitousness, you will form a habit of fudging issues.”

“And when you make mistakes, it is because you did not really get to the heart of the problem.” I therefore start by first establishing a measure of artistic clarity as to how I want to play something. I identify difficult places and solve them, analytically, and with a lot of patience.

Why didn’t I learn this from my teachers? 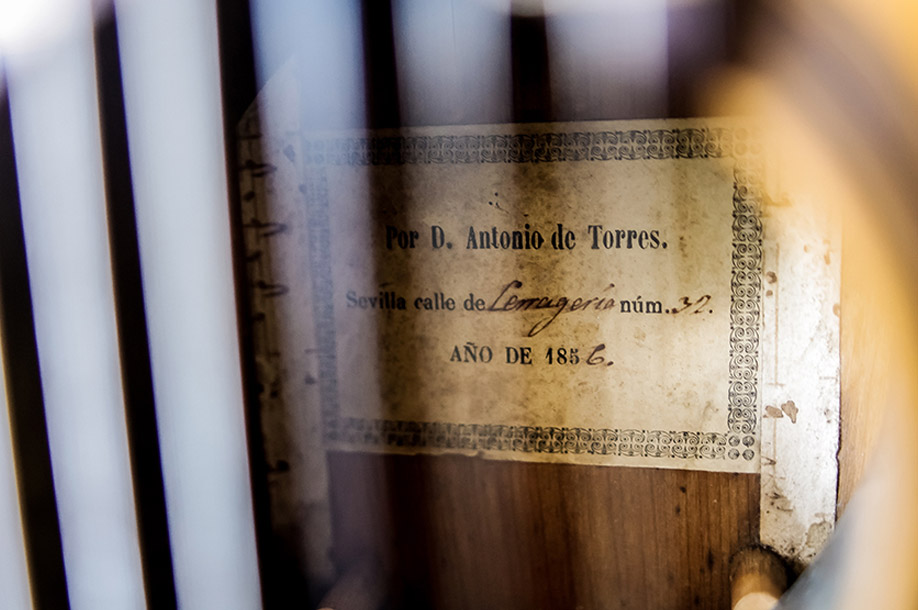 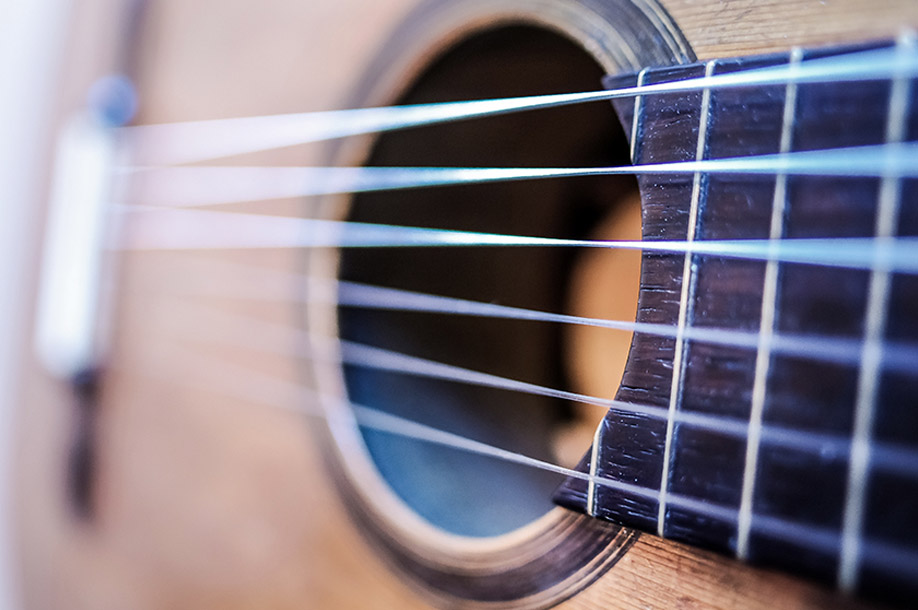 These are all issues that every musician has to tackle - it has nothing to do with personality. The fundamental problem, a propensity to skip technical problems and to block yourself by practising incorrectly, only makes things worse.

These experiences were the basis for the fundamental principles on which I built my career as a concert guitarist. My students and clients have also benefited from them; in master classes, through personal coaching, and at Hamburg University of Music and Theatre.

They now play very confidently and have found their own artistic expression.

How would it be if you were to take your beautiful guitar out of its case, settle yourself comfortably and perform your repertoire with ease? You listen to yourself as you play in flow, revelling in the experience. You are happy because you have recaptured the feeling of joy you experienced on hearing or holding a guitar for the first time. You have rediscovered that sense of awakening, that instinctive feeling of spontaneous enthusiasm which you may have lost over the passage of time.

Your pleasure and sense of fulfilment at being one with your musical instrument is perhaps blighted by coping with day-to-day problems and only limited time alongside family and/or work commitments as you spend your hard-won “guitar” slot doing finger exercises and working on difficult, often unrelated pieces.

The joy of playing increasingly ends in frustration as you constantly make mistakes and your irritation grows. Your fingers rebel, nothing falls into place, and you miss the feeling of playing music properly, because you are focusing on your mistakes, intent on not taking any risks so as not to hit the wrong note.

You have no chance of performing in a satisfying way, although you are longing to experience the flow, the feeling of being at one with yourself and your instrument. You want to be at the centre of the music and feel it in your core. My aim is to help you find your way back to that unique state of happiness.

It is a goal we will achieve together, by following my plan for you: the nine steps of the WULFIN LIESKE ARTISTIC MENTORING programme. Together, we will tailor the plan to your individual needs and goals, covering all aspects of your playing. I will therefore smooth your path to musical perfection, which you can document with a sound recording or a video of your chosen repertoire. Success will be yours when you complete the nine steps of the plan, which saves you making time-consuming mistakes and keeps you focused. By achieving a level you had never dreamt you could achieve, you will be empowered to enter that state of happiness with your music through your own efforts.

You need a proven strategy in order to perform your repertoire perfectly to concert standard.

The following nine steps in my mentoring programme will enable you to achieve your goal. 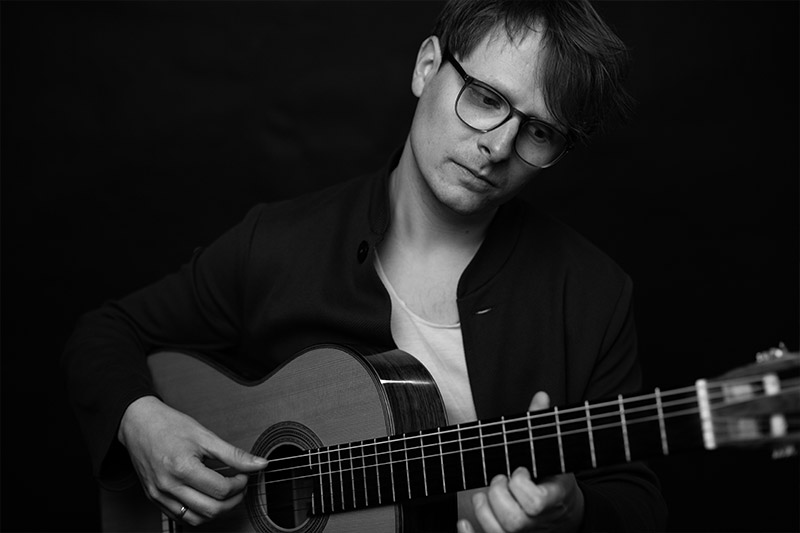 "Wulfin helped me a lot to build up my interpretation from the structure of the composition." 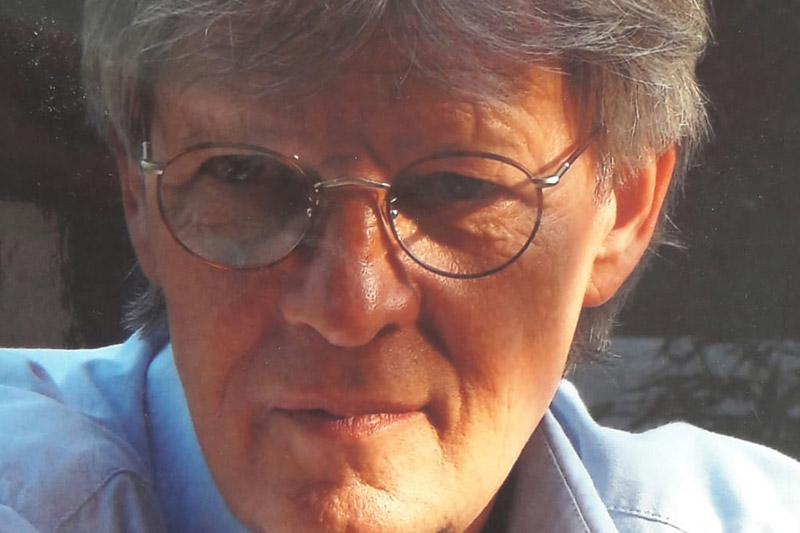 " ...what Wulfin can offer is very important to me for my understanding of music." 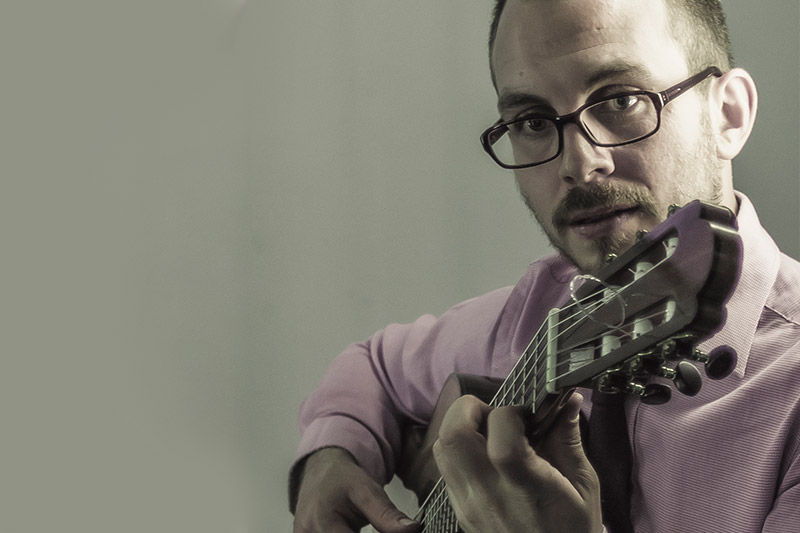 "Wulfin took me to the highest level you could possibly reach with the music."

FOR WHOM IS THE MENTORING PROGRAM SUITABLE?

FOR WHOM IS IT NOT?

If you are passionate about playing guitar, and you have the will to succeed, and to perfect your playing, then you are a suitable candidate for the WULFIN LIESKE ARTISTIC MENTORING programme.

We will not confine ourselves to optimising technical and musical details, but after taking stock of your personal “status quo”, together we will define the repertoire of your choice, so that you will be able to achieve your goal within the set period of six months.

In addition to topics such as body balance, nail files and recording training, we will continue to focus on the music and to engage intensively with each work in your repertoire from a technical and musical point of view.

We will use your ideas and examine and elaborate them in the light of all artistic criteria. Just as a friendly and helpful conductor brings his orchestra to new heights, I will help you to hone your guitar playing skills to perfection.

I will guide you to your personal musical goals with the WULFIN LIESKE ARTISTIC MENTORING programme. To do so, I will look at you as a whole individual and guide you to new artistic heights.

On completing the ARTISTIC MENTORING programme, you will have acquired a new and sound grounding in posture, playing technique, sound production, music theory, composition, stylistics and interpretation. We will document your new artistic standing with a recording of your desired repertoire.

ARE YOU READY FOR A QUANTUM LEAP IN YOUR ARTISTIC EXPRESSION?

If you are, we can discuss how I can support you in an initial personal interview. 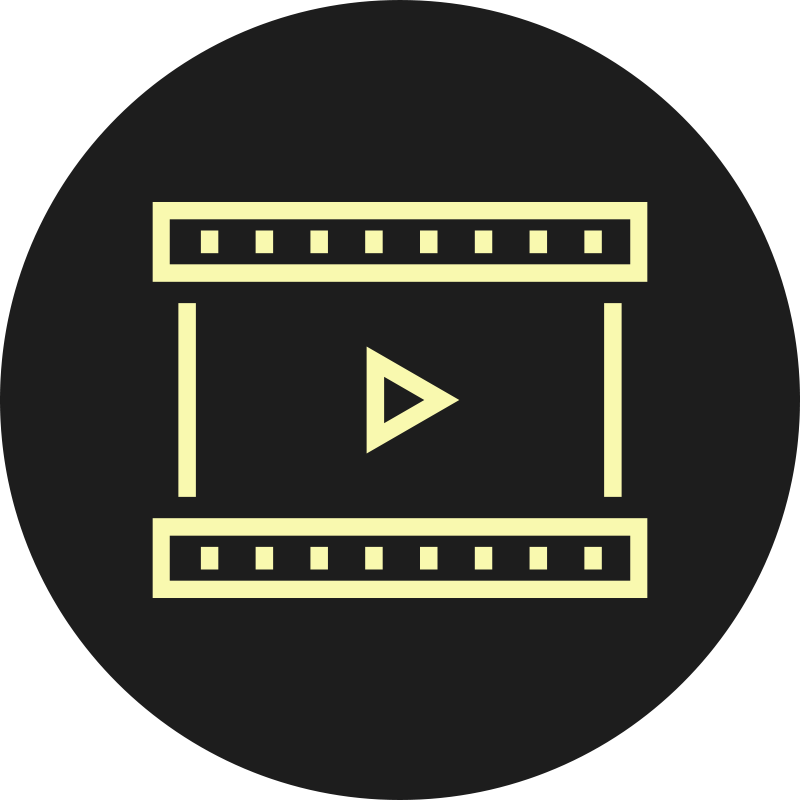 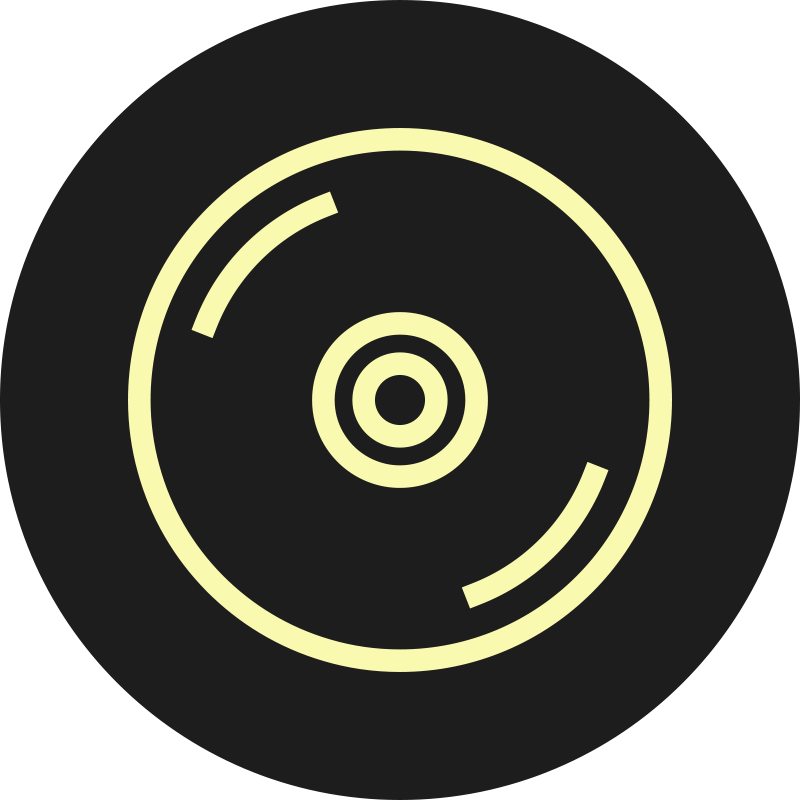 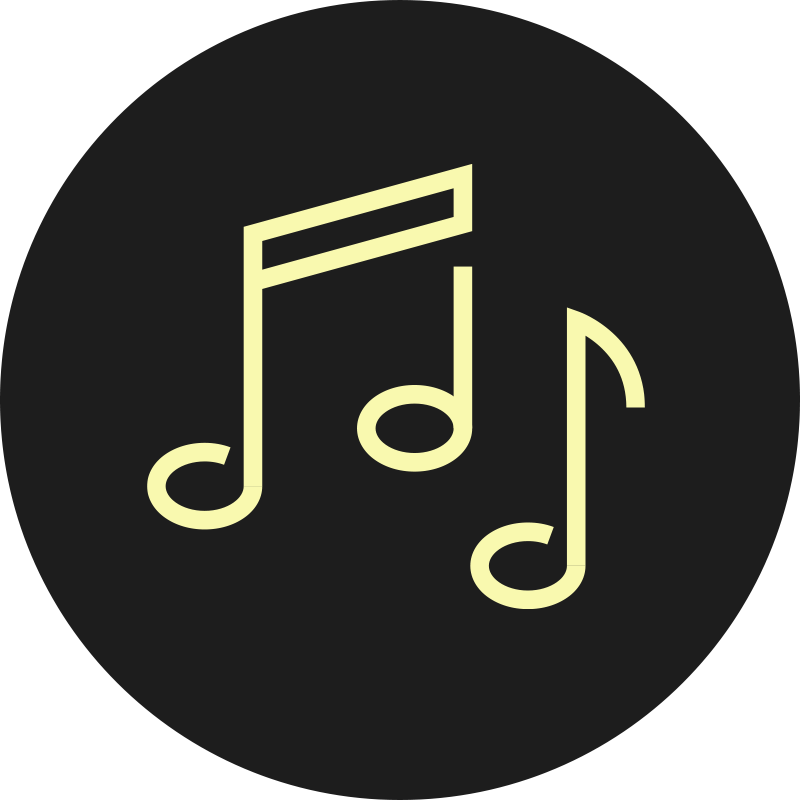 Gain an impression of my oeuvre, including arrangements and educationals 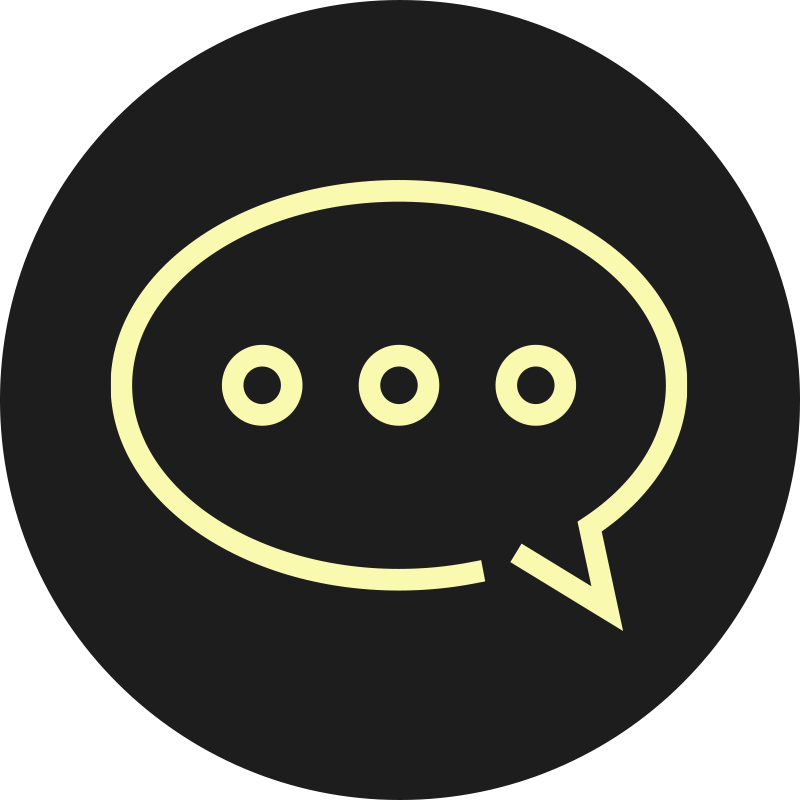 Access my sheet music shop with PDF scores for downloading

Browse through my publications on guitars, practising and interpretation

As the son of a singer and a cellist, Wulfin Lieske quickly found his own access to music through the guitar, improvisation and composing from an early age. While studying at Cologne University of Music with Prof. Hubert Käppel and with Oscar Ghiglia in Gargano, Italy, he won the Segovia competition in Almuñecar and in Alicante, Spain. After his concert exam, he took up an appointment at the Hamburg University of Music. His artistic partners include Gidon Kremer, Astor Piazzolla, the Hilliard Ensemble, William Barton and the clarinettist, Diego Anibál Montes.

He has released more than twenty international award-winning solo albums on EMI Classics, Warner, Oehms Classics, Challenge Records and many other labels. For the 2000 World Exhibition in Hanover, Wulfin Lieske composed the oratory “Over the Waters”. In 2013, his “Dreamtime” Requiem was premièred with the WDR Symphony Orchestra at the Cologne Philharmonic. The première of his stage music “The Magic Four” by and with Milan Sládek, Pantomime, took place in 2019 at the Bratislava National Theatre. His compositional oeuvre includes works for guitar, piano, choir and orchestra.