You fear that the whole effort of mentoring is not worth it in your case and that it would be a waste of money.

Do we need stress to improve our performance?

“I used to play guitar on the beach in Greece and I was happy. The women stopped and smiled at me. Now, at the university, when I play, those feelings within me have been crowded out by the pressure and stress surrounding me, and no one is satisfied with me.”

This was what one of my students at the Hamburg University of Music, who had joined my class two semesters before his exam, confessed to me.  He was a little older and had no ambition to optimally prepare for his finals.

The student complained that he had lost his enjoyment of playing guitar in the course of his studies. Not least because his teachers did not believe in him - they considered him lazy, untalented and did not expect him to achieve a good grade in his final exam. He felt completely strapped by the expectations made of him at university and felt that he couldn’t do anything right in anyone’s eyes. Frustrated and discouraged, he responded by going into denial.

That was our starting point. To put it briefly, since he regarded me as a continuation of what had gone before, he was also non-cooperative with me. Undeterred, I encouraged him to talk about those earlier happy times with the guitar. I was then able to help reconnect with these positive feelings and memories and restore the pleasure of music and guitar playing to his life.

Together, we put together an exam repertoire for him, taking care to ensure that it would be doable for him in the allotted time without too much stress. The aim was that he should play his pieces really well and steer clear of works that were too difficult. I went on to support him with his work, and to the great astonishment of the examination committee, he performed well and was awarded a “Good”. No one believed he had it in him - not even himself. 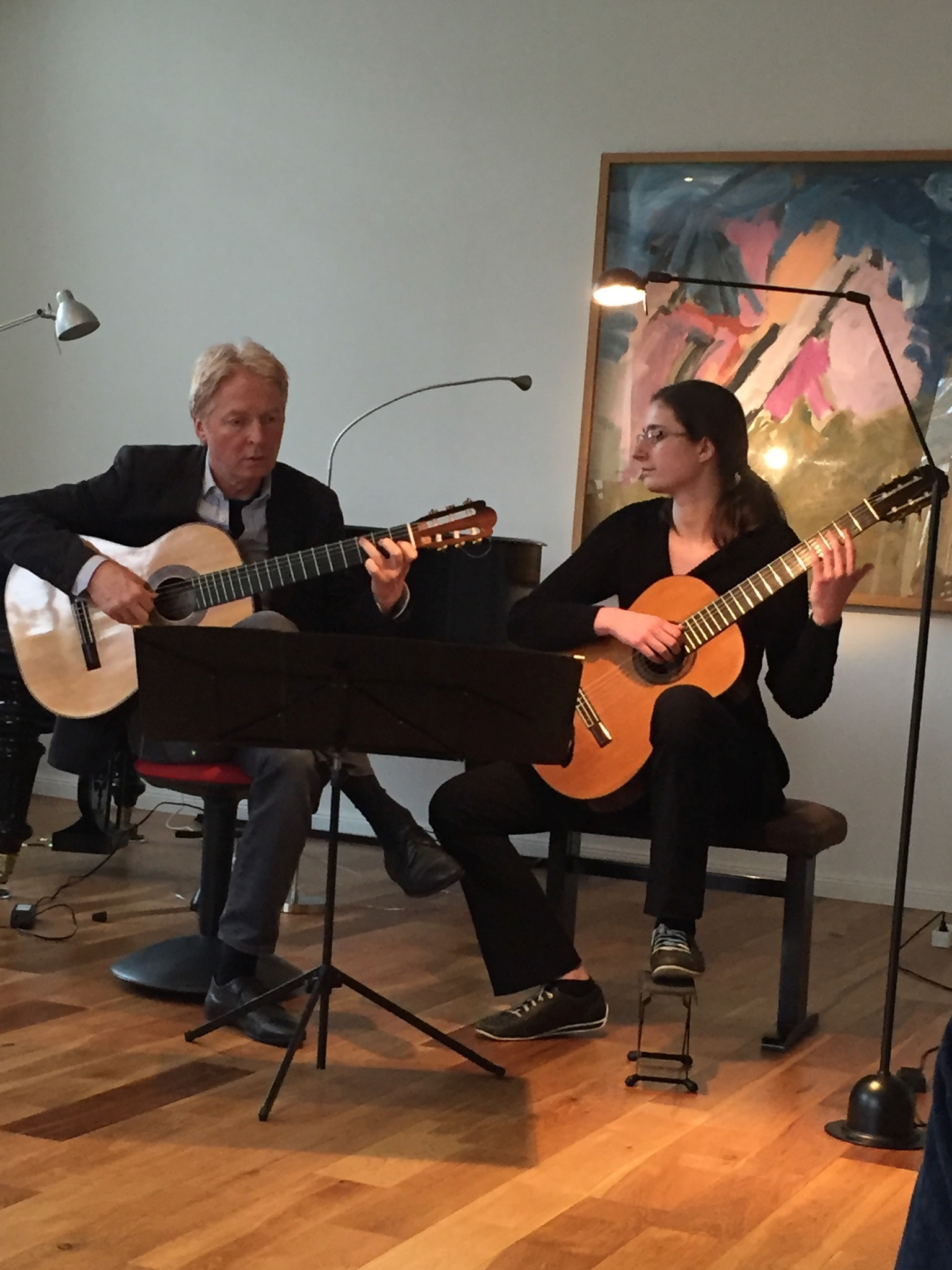 In this case, the student had taken to heart and internalised the negative opinion of his abilities. The joyous primal feeling evoked by music disappeared and his self-confidence along with it. Unfortunately, a lot of people tend towards this destructive frame of mind. You have to shake yourself out of it.

If you don’t believe in yourself, you won’t make any progress. However, if you recapture this primal feeling of joy, which prompted you to play guitar at all, you can start to work on yourself again. Connect with what you love about the guitar, in your innermost self, and don’t let anyone, not even yourself, take it away from you. Only with this inner joy will you be able to develop and excel yourself. Think of Django Reinhart, and be glad you didn't lose two and a half fingers of your left hand at a young age, and observe how Django turned his handicap into genius. And don't say that you’re simply not talented. (It is also obvious that Django was of course naturally hyper-talented)

The three mistakes to avoid

Don’t play pieces that are too difficult. A piece is too difficult if success is not foreseeable within the first two weeks. Only play music that really inspires you. This will motivate and empower you.

You should have a plan for practising your piece. Gritting your teeth and getting through it doesn’t work; it will cost you more time than it is worth.

Never lose your pleasure in music and playing, even when you’re practising a tricky part. Don't toil over it, after all, there is always tomorrow. With patience and relaxed perseverance, you can achieve you goal faster.

But am I really talented enough?

Regard the fact that you have reached this website as a sign that you want to invest in your musical development. That is the decisive motivation for achieving excellence on the guitar.

If you would like me to help you, call me now and make an appointment.

I will guide you to your personal musical goals with the WULFIN LIESKE ARTISTIC MENTORING programme. To do so, I will look at you as a whole individual and guide you to new artistic heights.

ARE YOU READY FOR A QUANTUM LEAP IN YOUR ARTISTIC EXPRESSION?

If you are, we can discuss how I can support you in an initial personal interview.

As the son of a singer and a cellist, Wulfin Lieske quickly found his own access to music through the guitar, improvisation and composing from an early age. While studying at Cologne University of Music with Prof. Hubert Käppel and with Oscar Ghiglia in Gargano, Italy, he won the Segovia competition in Almuñecar and in Alicante, Spain. After his concert exam, he took up an appointment at the Hamburg University of Music. His artistic partners include Gidon Kremer, Astor Piazzolla, the Hilliard Ensemble, William Barton and the clarinettist, Diego Anibál Montes.

He has released more than twenty international award-winning solo albums on EMI Classics, Warner, Oehms Classics, Challenge Records and many other labels. For the 2000 World Exhibition in Hanover, Wulfin Lieske composed the oratory “Over the Waters”. In 2013, his “Dreamtime” Requiem was premièred with the WDR Symphony Orchestra at the Cologne Philharmonic. The première of his stage music “The Magic Four” by and with Milan Sládek, Pantomime, took place in 2019 at the Bratislava National Theatre. His compositional oeuvre includes works for guitar, piano, choir and orchestra.